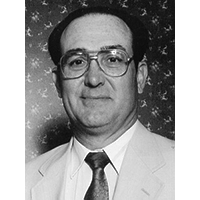 Tom Andreas began his coaching career at Garaway High School in 1966, his own alma mater in 1961. At Garaway, his boys teams won 74% of their games. While there, he served as President of the District 5 Coach Association from 1974-78, and again served as President from 1986-89, while coaching at Dover High School. He served as a Director of the OHSBCA from 1978-80. In addition, he was District 5 All-Star Game Director for the girls from 1989-97. His overall record as a coach was 386 wins, and 172 on the other side. His 25 years in coaching included thirteen coaching boys teams and twelve coaching girls teams.

In 1993, Coach Andreas was chosen to coach in both the girls North-South All-Star Game and the Ohio-Michigan All-Star Game. In 1997, he coached in the Ohio-West Virginia Game. His coaching honors include League Coach of the Year, nine times; District 5, five times; Eastern District, two times; and Ohio AP Coach of the Year in 1994 and 1997. Also in 1997, he received the OHSAA Sportsmanship Award for girls basketball. Every coach dreams of an undefeated season and this occurred for him in 1993-94 when his team was voted # 1 in the AP Poll.

His coaching philosophy was "Dream big, work hard, do it together. In teaching the game of basketball, attacking the paint on offense and on defense, keep the ball out of the paint."

Tom graduated from Ohio University in 1966 and received his Master's Degree from The Ohio State University in 1969. He and his wife, Rose, have two daughters; Anissa (Scott) Lewis of Olmstead Falls and Heather Andreas of Hilton Head, South Carolina. Rose and Tom belong to St. Joseph Church in Dover.