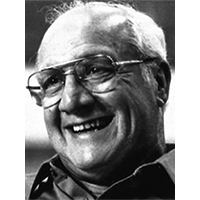 One of Ohio basketball's most colorful coaches, Vince's career spanned both high school and college. He graduated from Yorkville High School in 1947, from The Ohio State University with a B.S. in Education in 1952, and the University of West Virginia with a Master of Arts in Education.

Vince coached at Linden McKinley (1956-68) for a dozen years, winning 202 and losing 57, with a state championship in 1967. He was three years at Columbus St. Fancis DeSales (1984-87), winning 50 and losing 21, and taking the state championship in 1987. From 1988 through 1991, he coached at Hilliard, winning 47 games. In 1992 he coached the Columbus Horizons for part of the season. On the high school level, he won a total of 299 games for a winning percentage of .722. Vince's high school teams won ten sectional championships, six district, two regional and two state championships. They won five league championships, including four city league titles and four second places with 11-1 records. He also served OHSBCA as District Director and as an advisor to the OHSAA Board of Control.

His coaching philosophy was very simple - LSD! Provide my players with a lot of love, to teach in such a manner that they feel secure in all situations, and to provide a disciplined atmosphere where all know the team goals are # 1.

In 1967 he was selected as one of the Top Ten men in Columbus by the Columbus Citizen Journal and the Italian-American Man of the Year in Columbus in 1991. He entered the Capital University Athletic Hall of Fame in 1985. He received the 1990 Golden Achievement Award from Doctor's Hospital and the Community Service Award of Columbus. For eight years, he was the "voice of the Buckeyes" on radio and television, and currently owns and operates Chickerella Realty. He has four children, five step-children with wife Beryl, and fifteen grandchildren.