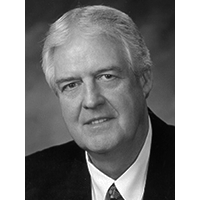 Coach Harrop had outstanding success reviving programs that languished prior to his becoming the head coach. Willing to accept a challenge and be innovative, he made winners out of five different programs along the way (West Muskingum, Mt. Healthy, River View, Ashland and Crestview). Walt was most successful at River View High School. His teams won 72.6% of their games and the State Championship in 1975. They had won no more than three games for the three previous years. He led them, in just four years, to the state championship.

Even more successful in terms of accomplishments at other schools, he brought teams that had struggled over many years up to .500 records and better in short periods of time, yet he never had a player over 6' 5". He coached his teams to 424 victories in his 33 years as a coach, winning six League, four Sectional, three District, one Regional, and one State Championship. His 1975 State Championship squad, who beat outstanding Rossford and Dayton Stivers teams, has been called one of the best coached teams in tournament history.

In addition to his basketball squads, he coached baseball at West Muskingum and won a District Championship. At River View his cross country teams were 144 and 9, finishing first nine times and second three times in the M.V.L. Tournament.

Walt was very active in the OHSBCA serving as a Director, First and then Second Vice President, and President, over ten years. He was Hooplines editor from 1984 - 1996. He was and is active in the Presbyterian Church, and now is a mediator for the Ashland County Common Pleas Court. In his spare time he is an accomplished wood carver.

Coach Harrop is a graduate of Muskingum College and has an M.A. from Miami University. He is married to Donna and they have 2 sons, Kyle, age 34 and Trent, age 27. His brother Richard, coaches at Graceland College in Iowa and his sister, Cathy, coaches and teaches at an Iowa high school. Walt's father is a charter member of the OHSBCA Hall of Fame.