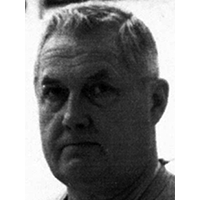 Walter Harrop Sr was the Head Boys Basketball Coach at Shawnee High School. During his 36 year career, he amassed 516 wins and 342 losses during his tenure. His Shawnee basketball team reached the State Semi Finals in 1938.

During World War II, he coached several different schools at the same time and on eight occasions, he had to coach against himself. His wife, Catherine, resides in Shawnee, Ohio.