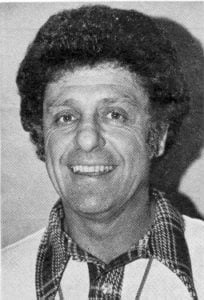 Coach Guinta graduated from Jamestown High School in New York in 1949; Marietta College in 1958 and a Master Degree from Bowling Green State University in 1965. Bob got a late start on his coaching career because of the Korean War. Born April 13, 1930 in Jamestown, NY, Guinta left the service and enrolled at Marietta College where he played basketball.

He started his coaching career in 1958 at Wapakoneta St. Joseph and stayed for five years, moving to Celina Immaculate Conception for three and to Elyria Catholic for 22, retiring after the 1988 season. In 30 years his teams were 433-235, including a 329-154 mark at Elyria Catholic. His teams won 15 conference, 16 sectional, nine district and two regional championships. His 1964 team was state runner-up in Class A and he was voted state Coach of the Year. He also reached the Class AA State Semi-Finals in 1973 with Elyria Catholic.

Six times he was District Coach of the Year and twice he coached in the North-South game (1964 and 1978). For 20 years in two districts he served as a Director of District 8 and District 3 of the Ohio High School Basketball Coaches Association. He was elected into the Elyria Sports Hall of Fame.

Guinta and his wife Shirley, a member-at-large of Elyria City Council have four children: Bob, Tracie, Kyle, and David.