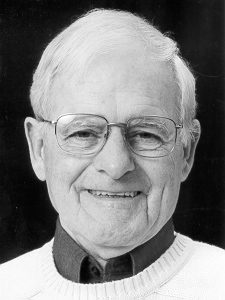 Bob Walsh is a native of Pittsburgh, Pennsylvania.  He has been coaching in Ohio for the past 37 years, 30 years as a head coach.  He started at Clearview High School in Lorain in 1959 as a junior high coach for four years (34-14), moved to the junior varsity level for three years (41-12) and then was elevated to the varsity in 1966. He remained in that position for sixteen years compiling a record of 241-104. High point of those years was the 1974 Class A State Championship. In 1982 he moved on to Oberlin High School for the next eleven years. Highlight of this stop was the 1986 Class AA State Championship. OVerall record at Oberlin was 199-61. For the past three years he have been at Vermilion High School and has a 35-30 record. His overall varsity record is 475-195. Besides the two state championships, there were championships in two regionals, eight districts, 18 sectionals, and 18 conference.

Coach Walsh has been very active in promoting basketball locally and statewide. He helped form the Lorain County Basketball Coaches Association and held office eight times. He assisted District 3 Director Bob Guinta for several years and has served as District 3 Director for the past eight years.

Bob resides in Lorain with his wife of thirty-four years Maureen. They have two children. Mike is a teacher and head coach at Elyria High School. His daughter Kristen Piedmonte, who also spent time coaching, presented him with his first grandchild Michael Robert on January 16 of this year.

On receiving the award, Coach Walsh thanked the OHSBCA for including him in such an elite group. He also thanked and credited all his assistant coaches, his family and all the young men that made up his teams through the years.