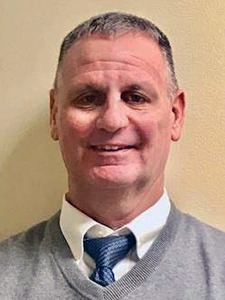 Coach Dave Boyce is entering his nineteenth season at the as head coach of the Perrysburg HS basketball program.  He spent fifteen years (fourteen as head coach) at Westland High School in suburban Columbus.  Boyce’s career began at the age of 20 as the freshmen at Northwood High School for two years before becoming the head coach there for three years.

Boyce is a Oregon Cardinal Stritch (1978) and BGSU Graduate (Finance 1982), receiving his teaching certification at the University of Toledo  (1985) and his masters in educational administration from OSU (1992).

Over the past 32 years at Westland and Perrysburg, Boyce's teams have finished as high as #3, #5 and #7 in the final state of Ohio AP poll.  He has also led each school to their first Division 1 district title. He has won 12 conference championships, 6 District Coach of the Year Awards, the 2010 State Coach of the Year and won his 500th game earlier this year.  He coached the South team in the 1998 Ohio North-South game.

While at Westland, Coach Boyce spent 10 years as a District 10 Coaches Association Division 1 representative.  At Perrysburg, he has served as President of District 7 for two years and has headed up the Scholarship Committee for the past 8 years.  He is in his second term as state representative to the OHSBCA from District 7. He started the Great Lakes AAU program in 2001 – that program has given hundreds of players the opportunity to play spring basketball within an organized structure.

Boyce spent 18 years in the classroom teaching accounting and business courses, before entering administration in 2003. He is currently an assistant principal at Perrysburg High School. Dave and his wife Karen reside in Perrysburg.  Dave has two sons; his son David works in Perrysburg, while Brian works in Columbus.  Both boys are graduates of The Ohio State University and had outstanding careers playing for their dad.