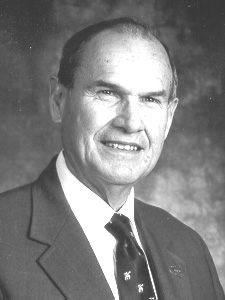 He was born and raised in Ontonagon, Michigan on the Upper Peninsula. After high school graduation, he entered the U.S. Marine Corps serving on the U.S.S. Hornet in the Far East. Graduating in 1960 from Western Michigan with a B.S. Degree, he attended Ohio University on an assistantship and earned his Masters in Education in 1961.

Fran and wife, Mary Lou, have been married 42 years and have seven children; Craig, Michelle, Karen, Stevie, Julie, and Gary. They have 23 grandchildren.