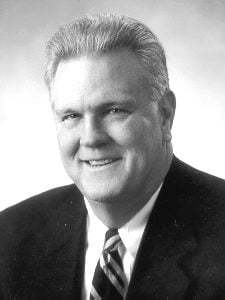 Gary Walters is a graduate of Lakewood High School.  Coach Walters then continued his education at Capital University where he graduated in 1966 and recognized as the Outstanding History Student.  While at Capital, he played basketball and baseball for four years and earned All-Ohio Conference honors in both sports.  He was captain and leading scorer of the Crusader basketball team in 1966.  He was also recognized as the Most Valuable Player in baseball in both 1965 and 1966.  Gary received his Masters degree from Ohio University in 1970.

Walters taught in the Licking Valley School District for one year before coming to Newark in 1967.  After teaching and coaching in the Newark system for four years, he was selected as the head coach of the Wildcats and has held tat position for the past 27 years compiling a record of 407-202.  Included in this record are twelve League titles from three different leagues:  the Central Ohio League, the Buckeye Central Conference, and the Ohio Capital Conference.  Under his leadership, the Wildcats also won seven District championships.  His 1982 team advanced to the Final Four losing to Dayton Roth 83-81 in a memorable game in St. John’s Arena.  He has won numerous Coach of the Year awards, including OHSBCA Division I State Coach of the Year in 1992.  He also coached the South team in the North-South All-Star game in 1980.  Coach Walters has been involved with the OHSBCA from 1967 to the present.  He was Director of District 11 from 1981-1988 and serving President in 1991 and 1992.  In 1996, he was named Director of the Wendy’s Classic and  currently serves in that capacity.

While in Newark, Coach Walters has been involved with the Leukemia Society, the American Cancer Society, United Way of Licking County, and has served on the Board of Directors of the Newark Crisis Center.  In addition to social studies, he served as advisor to the National Honor Society.  In 1994, he was a nominee for National Teacher of the Year.  The Hugo Mentzel Award for community service for Capital Alumni was presented to Coach Walters in 1994.  Coach Walters also serves as Newark Public Schools’ Middle School Coordinator for Athletics.

Gary has been married to his wife Vicci for 29 years.  They are parents of two sons:  Kyle 26, a teacher in the Lakewood School District, and Vince, a 1999 graduate of Newark High School.