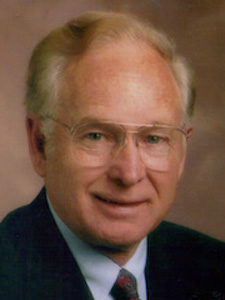 Gene Millard graduated from Kingsville High School and The Ohio State University where he captained the OSU basketball team in 1957, and was an assistant coach to Fred Taylor in 1957-58.

After a four year stint at Washington Court House, Gene moved to Bexley High School where he coached for 25 years and is still athletic director. His overall record is 404 wins and 212 losses. After numerous tournament success, Coach Millard reached the pinnacle of his success with a state title in 1983 and was named Ohio’s Coach of the Year. He was chosen twice to coach in the North-South All-Star Game and currently is the Director of the annual North-South All-Star Game.

Coach Millard’s family status includes his wife, Sally who is in real estate in the Columbus area, and children, Todd who graduated from Wittenberg University in 1981 and now is a regional manager for Pepsi in Michigan, Becky who is an Ohio State University graduate in dental hygiene, Michael who graduated with basketball honors from John Carroll University, and Mindy who is a junior a Bexley High School.