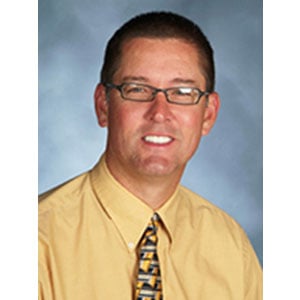 The Ohio High School Basketball Coaches Association is proud to announce that Greg Nossaman of Olentangy Liberty High School is the recipient of the 2022 Paul Walker Award. The Paul Walker Award is presented annually by the OHSBCA to an active coaching member of the association who has made significant contributions to high school basketball. The award is named in honor of the late Paul Walker, the longtime coach of Middletown High School. At the time of his retirement, he had the most wins as a boys’ basketball coach in Ohio High School Basketball history.

Greg is a 1981 graduate of Fremont Ross High School where he lettered in basketball, baseball, and cross country. After graduating from high school, he went to Siena Heights College for two years and then transferred to Capital University, where he obtained his teaching degree in 1986.

Greg started his teaching and coaching career at Newark Catholic High School where he taught health and physical education and coached golf, basketball, and baseball. In 1990 Greg accepted a position as a Graduate Assistant at the University of Louisiana Monroe while obtaining his Masters Degree in Health and PE. In 1992, Greg accepted a position at Capital University as an Assistant Coach. He held this position for three years. Coach Nossaman got his first head coaching position at Ridgedale High School in 1995, where he coached the Rockets for 3 years.

In addition to coaching basketball, Greg has also coached golf and baseball. Greg resides in Columbus with his wife Mindy. They have two sons and a daughter.