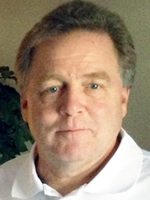 Joe is a 1980 graduate of The Ohio State University. He coached at Mingo High School for eight years and has been the head coach at Indian Creek since the 1993-94 school year. Joe has coached football for thirty-four years and coached baseball for twenty-three years, including nine years as a head baseball coach. Through these experiences he has been fortunate to coach in Ohio High School Football Playoffs three different times, coached in two state baseball tournaments including the 1993 State Championship game, and the regional basketball tournament.

Joe’s basketball record is 341-294. His teams have won six Ohio Valley Athletic Conference championships, appeared in six district championships and advanced to the regionals one time. Indian Creek last appeared in a district final in 2011 losing to Zanesville. Joe has been District 5 Coach of the Year six times and has also been honored as Eastern District Coach of the Year. He has coached the District 5 All Star Game on six occasions and has also coached six times in the Ohio Valley Athletic Conference All Star Game. In 2012 he was honored to be selected to coach in the Ohio North-South Game.

Joe is currently the District 5 District Director, a post he has held for many years. He coaches football at Indian Creek and is also the Athletic Director. 2014-2015 will be his thirtieth year as a head basketball coach. Joe also teaches the Honors Mathematics classes at Indian Creek High School, including AP Calculus.

Joe resides in Wintersville with his wife of thirty-four years, Kathy. They have two children, Daniel, a member of the U.S. Navy and Trudy, a 2014 graduate of The University of Findlay where she is currently working on her Master’s Degree in Occupational Therapy.