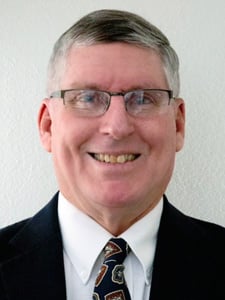 Paul is a 1974 graduate of Bowling Green State University. At BGSU, he earned three letters in soccer and four letters in lacrosse. The Falcons soccer and lacrosse teams both qualified for the NCAA tournaments two times each during those four years. He participated in the 1974 Collegiate Lacrosse All-Star Game in Atlanta.

Upon graduation, Paul went to teach and coach at Holgate in 1974. He has coached football, basketball, volleyball and golf, as well as being the Athletic Director the past 25 years at Holgate.  In 1977-78, Wayno became the varsity basketball coach, and just completed his 33rd year this past season.

Wayno has compiled a 455-289 record with seven league titles and 13 District Championships.  The 2007 team got beat in double overtime in the State Semi-Final game. The 2004 team became State Champions by beating the defending State Champs, Marion Local, in the title game.

Wayno has been very active in the local and state basketball coaching associations. He was District 7 Director for 14 years, was an OHSBCA Officer for 10 years, serving as President in 2003 and 2004. He also was District 7 President and was on the District 7 Board of Directors. Paul is currently the Co-Chairman of the OHSBCA Hall of Fame Banquet.

Paul has been married to his wife Lisa for 28 years. They have two daughters, Kelsey and Emily.  Kelsey is a sophomore and Emily is a freshman at Holgate High School.